The American Chiropractic Association (ACA) has launched a national petition to generate support for expanded access to and reimbursement for chiropractic services for Medicare beneficiaries. The National Medicare Equality Petition is raising awareness of how the current Medicare system shortchanges seniors who want and need the essential services provided by doctors of chiropractic (DCs) to stay healthy, pain free and mobile.

ACA’s campaign focuses on generating a robust level of patient grassroots support aimed at Congress and seeks to eliminate a blatantly anti-competitive provision of Medicare law that arbitrarily limits reimbursement for medically necessary services delivered by DCs. The statutory change ACA seeks would define DCs as “physicians” under Section 1861 of the Social Security Act, enabling an individual DC to provide any existing Medicare-covered service that falls within his or her state scope of practice. ACA believes this new nationwide campaign will result in legislation that would provide full physician status for DCs within the Medicare program.

ACA strongly encourages DCs across the country to recruit support of patients and other chiropractic supporters by asking them to sign the petition and add their name to a growing list of Americans who demand coverage for all services provided by chiropractic physicians for the Medicare population.

How You Can Participate

Encourage your patients and supporters to visit www.acatoday.org/equality and sign the petition, then forward it to their colleagues, friends and patients, requesting they do the same. Have the petition available on a computer or iPad screen at check in and ask them to support this grassroots initiative.

Once they sign up, they will begin receiving periodic, timely updates on ACA’s progress to ensure that any Medicare-covered service in the chiropractic physician’s scope of practice be made available to patients and that DCs are reimbursed fairly. Supporters can also follow the petition on Facebook at www.facebook.com/medicareequality, or on Twitter and Instagram using the hashtag #MedicareEquality.

The petition will allow ACA to collect patient names and contact information that can be added to their national grassroots database.  In the very near future, when legislation is introduced to correct this inequity in Medicare, ACA will activate these supporters and ask them to contact Congress on behalf of Medicare patients and the profession. 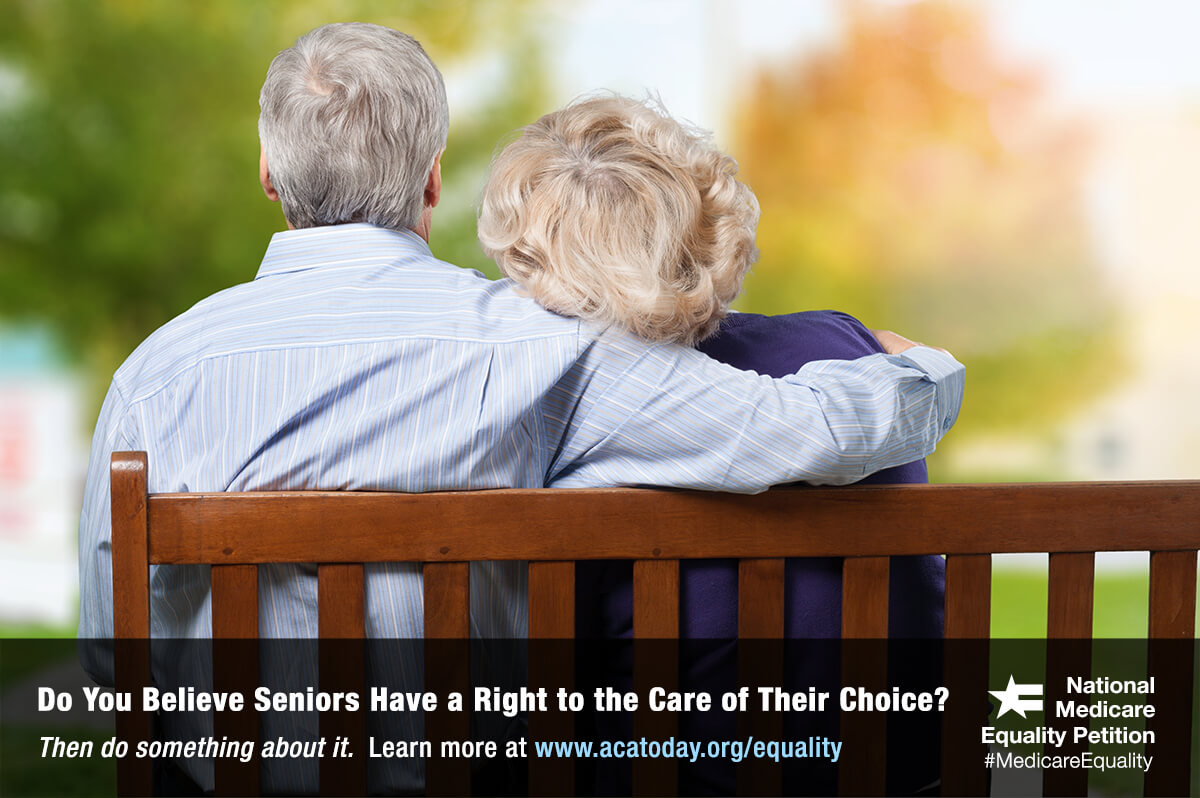